Higher Education while useful is not always the best choice to balance the workplace.

I am an ordinary average person.  My whole life has been average.  My intelligence is probably average.  I made average marks in school.  Nothing really stood out.  I did my best to blend in most of the time.  I believe schooling is important to a point, however it isn’t the end all be all.  Experience whether on the job or in life is just as important and even more so in some cases.  If I tell the truth about my feelings, I would say I hate school.  It is an outdated institution that hasn’t even tried to keep up with the times and doesn’t serve the population well at all.

For years in my Nursing career the employers and the licensing body threatened to start mandating degree only where diploma Nurses would be inched out of the profession.  This annoyed me to no end.  I worked with many RN’s that ‘only’ had their diploma and were far better RN’s than many with their degree.  Diploma Nurses had many more hours of hands on training than degree Nurses, so had much more true confidence when hired fresh out of school.  Then there are the years of priceless on the job experience RN’s have.  There is no amount of schooling that can mimic or replace that.  In fact it is my personal view that the more education a person has in the field of Nursing the less practical their education is to the job of an RN.  One conference I attended had speakers of all levels of education from diploma to doctorate.  I noticed the higher the education of the speaker, the less their talk had to do with the real job. 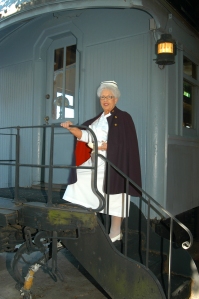 In some cases experience is much more valuable over higher education.

When a patient is admitted to the hospital a nurse takes their medical history.  This included asking the patient what level of education they completed.  I found this question insulting to most of the population and would embarrass those with little formal education.  The only ones proud to answer this question were the ones with higher secondary education.  The ones I call education snobs.  In my life I have met many successful people with next to no formal secondary education and some with as little as grade six formal schooling.  Someone wrote this form with his or her postgraduate degree in Nursing.  The question was there to help us assess what level of understanding a patient would have when explanations of treatment were required.  Balderdash!  Simply having a conversation with an individual gives us the information needed to tailor what level of explanation is given.  In the end at risk of being reprimanded by my manager, I refused to ask the education question.

Stating that a person went to this prestigious school and received these high standing awards doesn’t impress me.  In fact I think it is a point of bragging for that person in our society.  It’s a type of hierarchy.  This person is better than that person because of their education and awards.  Although it takes a great deal of determination financially and mentally to obtain a Degree, Masters or Doctorate, this only tells me what they have done, not who they are.  I have always been more interested in the character of the person than the things they have accomplished in life.  I like people based on their talents, interests,  and if they seem to be a good person.  When we get carried away with the ego of our credentials silly things start to happen like believing some people are better than others simply because of higher education.

What I offer about myself is; Shannon McFadden is an average person.  I don’t have a degree from anywhere and have no awards or honours to share.  I am myself.